Just prior to ISE 2019, Christie had teased “the next evolution of Christie MicroTiles as the transformative technology platform moves into the future.” Enter a narrow-pixel pitch LED solution.

“We’re taking a lot of those design concepts that have been so well received in the marketplace and transitioning that and bringing it to narrow-pixel pitch LED,” Romanowitz tells CI.

As a result, Christie MicroTiles LED delivers P3 color space, fully compliant HDR-10 and patented software that keeps the wall calibrated at 97 percent or greater uniformity, according to the company.

Christie has designed the MicroTiles LED to be suitable for: 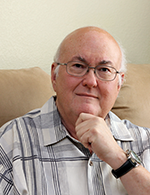 Related: Alan Brawn Discusses Fine-Pitch, Direct-View LED and ‘Wild West” LED Marketing Claims
It includes a low profile ADA-compliant QuickMount system so displays can be created in any shape and size, including 90-degree inside/outside corners and both concave and convex curves.

“This product is why I came to Christie two years ago,” Romanowitz says.

“We’ve been working on this. We took the time to get it right. It really honors our customers and solves some of the problems and frustrations that they’ve had.

“We see this as a great way of spurring adoption more broadly of LED technology because it’s going to be a lot easier to design not only on the mechanical side but also from the system design perspective. It will also provide mission-critical reliability and it is easier to install.”

It goes without saying that the narrow pixel pitch LED display market has exploded over the last several years. Christie, armed with input from its dealers, decided it was time to take the next step with its iconic video wall display technology line.

“Christie has been very successful with the MicroTiles brand – end customers and our integrators love it because it makes for an easy creative solution,” says Romanowitz in a press release announcing MicroTiles LED. “With that in mind, Christie took everything great about MicroTiles and brought it to narrow pixel pitch LED.

“This product is why I came to Christie two years ago,” says Christie’s Ted Romanowitz.

“We’re beginning to see the market evolve from mechanical design to focus more heavily on signal processing and the introduction of advanced capabilities such as AV over IP,” says Chris McIntyre-Brown, Associate Director, Professional Equipment and Displays at FutureSource Consulting.

Of course, Christie sees itself as a premier AV manufacturer that, with its MicroTiles LED, is delivering a superb video standard.  “The visuals are a lot more stunning on MicroTiles LED – and all in a cabinet-free tile with a depth the size of a tablet computer,” says Romanowitz. “There is no better technology than narrow pixel pitch LED because it’s about delivering amazing optical performance and stunning visuals that are jaw-dropping.”

Powerful capabilities including 12-bit 4K at 120Hz input sources with HDR10 compliance, integrated image processing, and scaling and simple switching, all of which combine to deliver –unmatched image performance, according to Christie.

The popularity of video walls has created a new challenge for system designers and customers: Simply put, there are so many video walls and people are so accustomed to seeing digital video messages that it’s hard to garner any attention with a video wall investment.

“We’ve been working on this. We took the time to get it right. It really honors our customers and solves some of the problems and frustrations that they’ve had,” says Christie’s Ted Romanowitz.

It follows, therefore, that it’s important to create unique video walls designs that stand out and command attention.

“One of the weak links in conventional LED display is the cabinet,” Lemieux says.

“It has a lot of shortcomings; it’s heavy and bulky. Our [MicroTiles LED] concept of the tile addresses a lot of the limitations. We have very minimal electronics footprint. We have only one connection required which is a PoE connection.”

Most importantly, adds Lemieux, is the tile which obviously smaller than the legacy MicroTile. “It can be used in a lot of applications that a conventional cabinet could not be used in. With a smaller building block we can achieve a much tighter radius for curves – both convex and concave curves as well as inside and outside corners. And of course traditional flat LED walls as well.”

The new Christie MicroTiles LED features a proprietary QuickMount system, designed to  eliminate alignment challenges typically associated with installing LED by using precisely-machined mounting sheets and wall anchors that can be easily installed onto nearly any surface, according to the company press release.

Once the laser cut sheet is mounted, the small size and light weight of the cabinet-free tiles reduces installation complexity while saving space and increasing flexibility. A single PoE Cat6 Ethernet cable is all that is required to connect each module to the entire display for a clean and simple cabling solution, dramatically reducing points of failure of typical LED cabinet design. With the click-n-go magnetic tiles, populating the display with LED tiles is incredibly fast.

“It takes approximately half the time to build a MicroTiles LED wall of any size compared to a typical, same-sized LED wall,” says Romanowitz.

“Each tile and module is very small and light weight so once mount planarity is established, then you simply install the tiles and module boards magnetically with minimal adjustment. Thanks to proprietary factory calibration, you can put any module board anywhere on the wall; they are completely interchangeable, which makes it so easy. Each tile has sensors so it’s frequently analyzing and adjusting itself to optimize both brightness and color performance.”

“We see this as a great way of spurring adoption more broadly of LED technology because it’s going to be a lot easier to design,” says Christie’s Ted Romanowitz.

For added convenience, the remote power and control system allows components to be installed in convenient, accessible locations away from the video wall, removing heat, noise and complexity.

The intuitive, easy-to-use web-based control interface can be accessed from any connected device such as a laptop, tablet or mobile device.

“Combine that benefit with both Christie Pandoras Box and Christie Spyder and you have a complete solution that makes it simple and easy for our integrators and partners do amazing things they previously could only imagine.”

Christie MicroTiles LED comes with a three-year parts and labor warranty, which is extendable to five years, and ships in late spring 2019.