When we published our 2018 State of the Industry report, two demographic areas jumped out: our AV industry respondents were about 12 percent female and almost 60 percent of them were at least 45 years old. But there’s a third group that we didn’t address in our survey that needs to be discussed.

It’s sad that I can recall pretty much every conversation I’ve had and article I’ve written for CI that’s focused on someone who’s not a white person.

More than seven years in, we’ve had only one minority featured on our cover—David Salley of DasNet Corporation—a sign that there’s a major problem here. 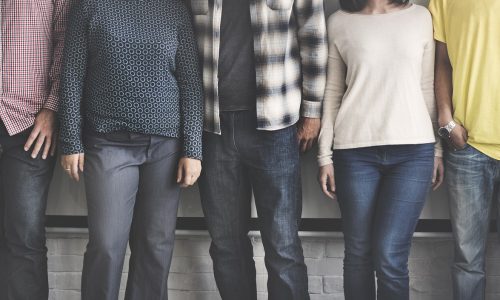 Related: These Numbers Prove The AV Integration Industry is in Dire Need of More Young People in 2018 and Beyond

But I’m not here to accuse anyone of racism or of keeping the information about the commercial tech world away from minorities. I’m mostly wondering why it’s not necessarily a career path many minorities take, and why those who do take it don’t necessarily find their way to the top of the corporate ladder.

I recently had the pleasure of interviewing Brandon Warren, who started his own AV company in the New Orleans area and was among the invited guests when InfoComm International became AVIXA in September.

Warren started working in the AV industry at age 15 when he did some spotlight work and stage managing at his local church and was bitten by the AV integration bug at a young age.

At InfoComm 2017 in June, I met three high school students who came to the show through a partnership with EnventU. None of the three students knew too much about the commercial tech industry when they got to Orlando, but at least one of them told me they see AV as a career they definitely plan to explore. 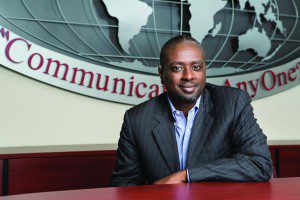 David Salley doesn’t see himself as an inspiration to minorities in commercial tech.

Both AVIXA and NSCA have programs that are aimed at bringing more young people—of all backgrounds—into an industry they might not have otherwise even known existed. But the lack of minorities—and the lack of women and young people in general—has a bit of a self-fulfilling prophecy feel to it.

If young people don’t see more people who “look like me” in an industry, the conventional wisdom is to think, “Well, maybe that’s not for me.”

We’ve been lucky that folks like Salley—who talked extensively about the racism he experienced early in his career—and Warren have bucked the trend and felt the passion for systems integration that led them to make it into a career.

It’s just too bad there aren’t more people from similar backgrounds in the AV industry, too.

So, what will you do to help the industry become more attractive — and perhaps, more realistic — for women, young people and those who aren’t white? Your survival as an industry may depend on it.

Here’s some perspective (from the ‘Related’ article above):