I’m not sure what prompted this LinkedIn post earlier this week by HB Communications CEO Dana Barron, but I found it fascinating, even without the context surrounding it:

In some ways, the specifics don’t matter as much as the sentiments Barron shared in these three sentences. 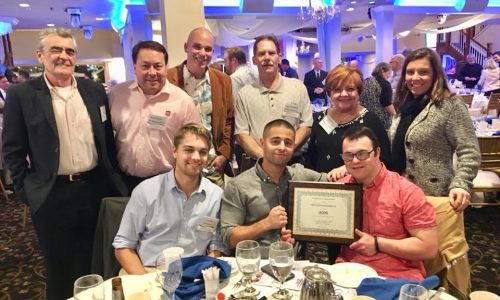 First of all, Barron’s use of the phrase “serious disagreement” struck me because it tells me this was more than just a passing exchange between the two people that was quickly resolved.

The fact he’s still thinking about it today also tells you how deeply this disagreement struck Barron.

I’m also a bit taken aback by the fact that this “business owner” who was talking to Barron gave off the vibe—or maybe explicitly said “there was no room for ethics in competition.”

I don’t know what led the person so say this, but I’m guessing Barron didn’t end up working with that person.

Whoever said those words was likely on the losing end of that exchange since HB Communications is one of the largest AV integrators in the world and the company this week won an NSCA Excellence in Business award for employee engagement.

Also, Barron has routinely celebrated the opportunity to work with his industry competitors, including through the PSNI Global Alliance.

More About Ethics in Competition

Of course, there are scenarios like this in every industry, not just in the pro AV arena. I’ve always prided myself as someone who did my job as a journalist in an ethical way, but that’s not always the case.

It’s cost me scoops and big stories at times, for sure, but there are more important things than that.

That doesn’t mean I don’t still love the rush that comes with being the first person to break news about a huge transaction or project or personnel decision because I think that’s in every good journalist’s DNA.

But getting a big story at the expense of sacrificing an important relationship isn’t how I operate.

That approach to preserving my ethics in competition has served me well for 25 years and I think it’s still part of why I do continue to get scoops and big stories to this day.

There are plenty of rumors out there about what’s going on in the AV industry—or local government in my former life—but it’s my job to check on those before reporting them as fact.

It’s the ethical thing to do, even if my competition doesn’t always think so.