“The world as we know it is coming to an end,” Tien Tzuo, founder and CEO at Zuora, told about 180 attendees at the 2019 PSNI Supersummit in Atlanta this week. “The idea of selling as many products as possible is going away.”

Sure, that sounds like an ominous, even Draconian, way to close out the two-day event, but it was more of a warning for those in the room who are still thinking about their businesses and their customers the same way as they always have—or the same way they did even five years ago. 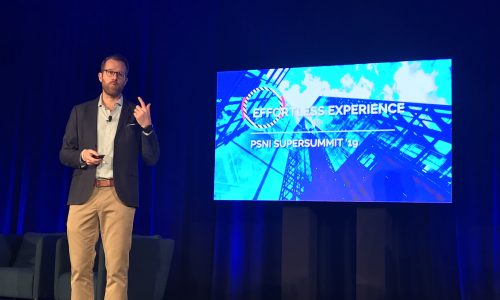 It’s time to embrace what Tzuo has dubbed “the subscription economy.”

Would you rather be like Amazon, which has one-to-one relationships with every one of its customers, or like Walmart, which focuses on driving you back to the store to buy more stuff but doesn’t worry about personalizing the experience for its customers?

Subscriptions “dominate our lives,” said Tzuo, from Netflix to Amazon Prime and even traveling to and from industry conferences by using Uber and Lyft rather than riding in a cab. “It’s about customers, not products. We have new expectations.

“The one-on-one relationship is redefining retail,” says Tzuo. “We’re in a new golden age of media. It’s not about buying DVDs or CDs today. It’s about entertainment. [Businesses] want to own the customer experience over time.

“There’s a moment when you go from the old way of shipping software to your customers to the new way of collecting information on them and being able to anticipate what they want and when they want it.

“If you’re selling products today and don’t think about the customer, you’re vulnerable,” he says.

Forget about the mentality of coming up with a great product and selling it to as many channels as you can, said Tzuo at the 2019 PSNI Supersummit.

Business leaders today can’t get focused on quantity. They need to think more about the quality of the services they’re offering their customers.

Here are a few questions you need to be asking to succeed in the subscription economy:

“You should know everything about their experience,” said Tzuo.

“All this information is collectible because we live in a digital world. If customers’ experiences are shifting, you have to think in a different way. It’s about services, not products.”

The subscription economy reshapes and refocuses marketing and finance departments too.

For those who think they can just flip a switch and go from a product- or project-based approach to a subscription model, “it’s not about taking what you do today and selling it as a service,” says Tzuo.

“It’s about delivering what customers want. Don’t try to price what you do today in a different way. Reinvent that as a service. You’re trying to drive constant interaction where you’re providing value to your customers.”

Rather than trying to build your customer database with contact information and titles, supplement it with their activity and figure out the role you can play in shaping that activity in the future, he says.

“Think of this way: a customer is someone on the other side of a transaction. A subscriber is someone you have a relationship with,” says Tzuo. 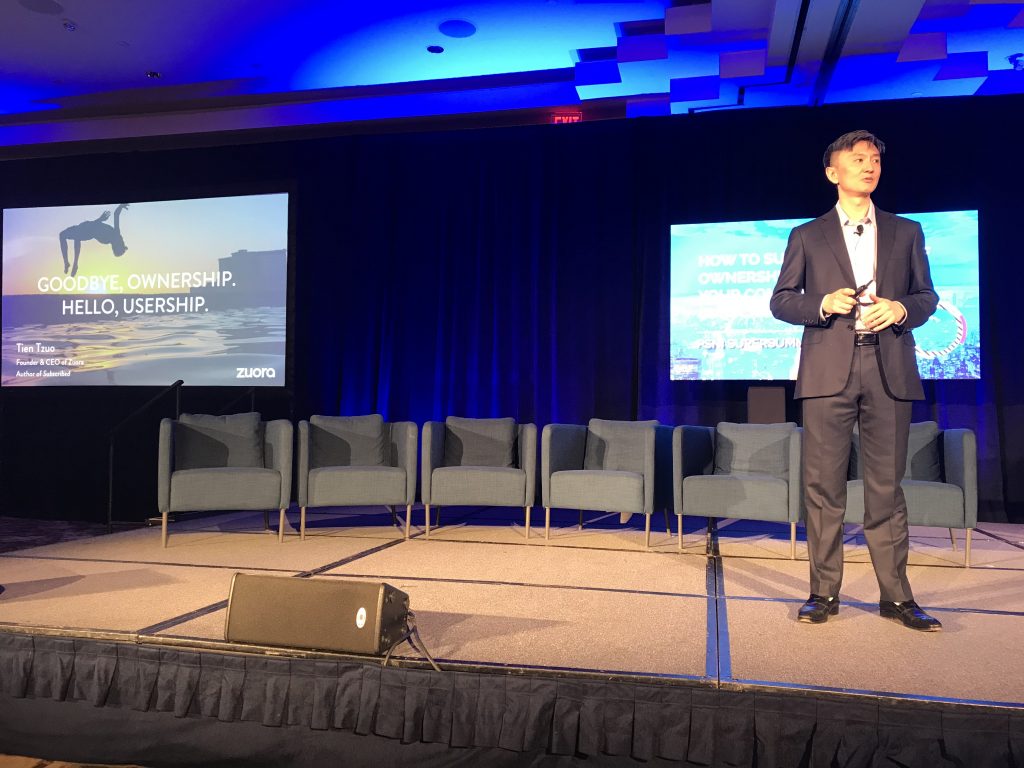