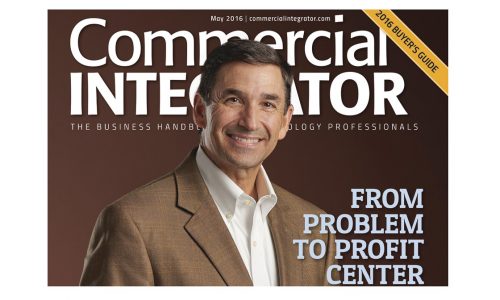 Related: Unified AV Dipped Its Toes Into Other Markets, and It Paid Off Tremendously
In the past year, we’ve seen Trinity Video Communications become Trinity Dynamics and InfoComm International transform into the Audiovisual and Inegrated Experience Association (AVIXA), but they aren’t the only re-brands we’ve covered.

Unified AV’s rebranding as Unified Technology Systems is an acknowledgement that there’s something bigger than AV out there and that they’re part of that “something else.”

Remember when ANC dropped the “Sports” from its name in an effort to broaden its appeal? And what about when Sport View Technologies decided it would rather use SVT in an effort to emphasize that it worked in a lot of spaces other than arenas and stadiums?

Heck, before CI and several of its sister publications were sold to Emerald Expositions, we went from EH Publishing to EH Media in an acknowledgement that the company did a lot more than publishing articles.

Like many of those examples, Unified AV’s rebranding as Unified Technology Systems is an acknowledgement that there’s something bigger than AV out there and that they’re part of that “something else.” In this case, it’s about the ongoing shift of AV components to IT networks, says president Barry Goldin.

“It all stems really from the evolution of our industry,” says Goldin in a video interview with CI editorial director Tom LeBlanc.

Goldin stresses Unified Technology Systems is not running away from AV integration.“There’s no doubt AV is a very impactful technology for our customers.”

Those discussions involved Unified being able to diversify its product and service offerings to customers, becoming “more valuable” to customers by providing a wider range of products and services and rebranding to reflect those changes, says Goldin.

“Here we are at the culmination of some of those steps and we’re very excited about it,” he says. Goldin stresses Unified Technology Systems is not running away from AV integration.

“There’s no doubt AV is a very impactful technology for our customers,” he says. “All of our customers need that audiovisual capability and it’s really developed into a mission critical capability for many of them. What we’ve noticed is it’s all riding on the network. All of our technologies are now integrated on a common platform.”

“As we go to market to our customers and say, ‘We can take on this entire scope of low-voltage technologies and be your single-source solutions provider for these,’ you’re not representing yourself well when the name of the company is ‘AV,’” he says.

“We wanted to do a pretty simple tweak of our brand to have it more inclusive of a much wider technological platform.”

Read Next: Unified recognized as a 2018 Fast-Growing Firm