Digital signage doesn’t have to be extra-large or immersive to make a huge impact. Just ask the players from the 2020 World Series champion Los Angeles Dodgers, who found the boxes containing their championship rings taken to a whole new level with mini video screens inside when they opened them.

There are likely sports championships that feature more bling and some that are probably more valuable, but the Dodgers rings are the first ones that feature a box that might be even more enticing than its contents. It’s an endeavor every AV integrator and manufacturer will envy I’m sure.

Related: Major League Baseball Will Embrace More AV Technology Than Ever in 2021

Yes, that’s a television screen in the ring box, and I know what you’re thinking: they probably just made 150 copies of the same box that plays the same video on loop…right?

Ring in the new year! Every dodger player picked up their championship ring in a ceremony before today’s game, and the box included a personalized video!!
#Dodgers #worldserieschamps #MLB #abc7eyewitness pic.twitter.com/1UOeCfyFEI

You have to know this isn’t the end of the innovation when it comes to the use of AV for sports teams, especially those who win championships. The Dodgers have set the bar even higher by incorporating video screens with highlight reels and you know what that means?

Another team will find a new way to incorporate technology in a way most of us have never considered into the championship rings they give their players.

For now, though, the personalized video highlight reels are the standard bearer and have garnered a lot of attention from Dodgers fans, baseball fans and even those who aren’t sports fans at all.

It’s yet another way to keep AV in the front of people’s minds and that’s a great thing for integrators. What WILL they think of next? I can’t wait to find out–and I hope they go on the fingers of the Boston Red Sox. 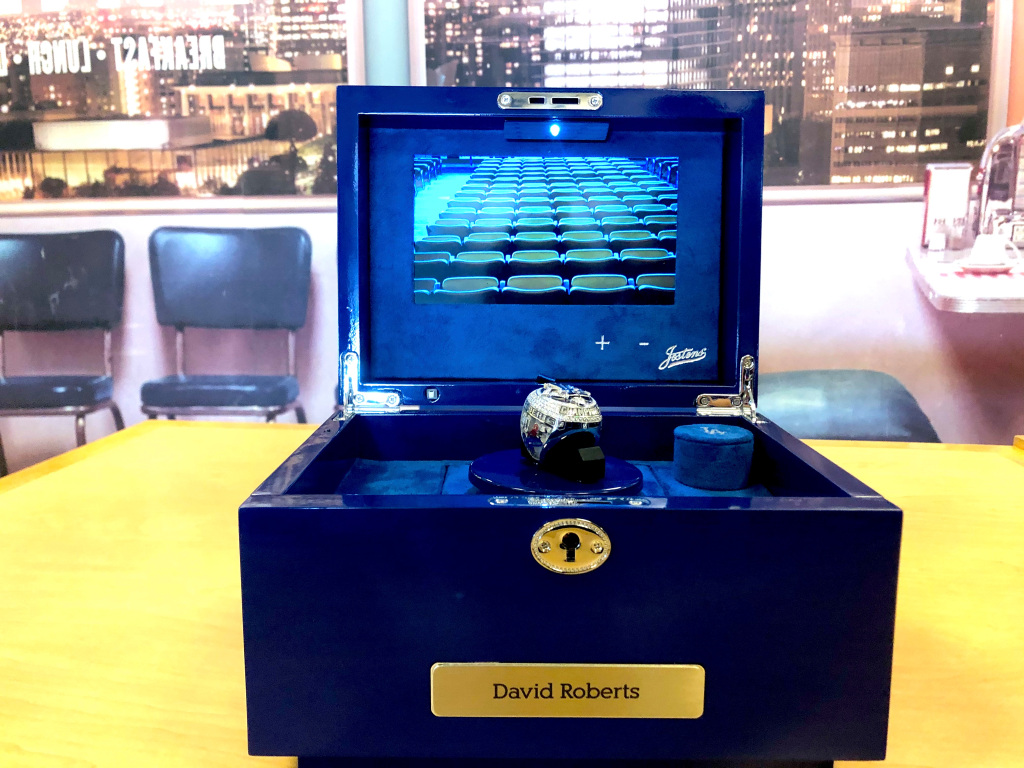