The ability to quickly process information in tense situations is something that makes military veterans among the most attractive candidates for jobs in security, IT or the AV industry after their time serving their country has ended.

AV, IT and security integrators want employees who can not only follow orders, but also complete a complicated task quickly and without constant supervision.

They also want someone who’s able to react quickly when a situation changes and there’s a critical need to address with someone’s system, which is often the lifeblood of their customers.

We’ve highlighted some of the programs available for military branches in the AV industry, IT and jobs in security in the past.

With Veterans Day approaching this weekend, it seemed like a good time to revisit how those programs are helping veterans re-enter the “real world” after their service time ends—along with singling out a couple of exemplary veterans in AV who are examples to follow:

Programs for More Veterans in AV

The Audiovisual and Integrated Experience Association [AVIXA] partnered with the United Veterans Learning Centers (UVLC) a few years ago on an education program focused on training veterans for jobs in the AV industry.

In the six-week program that’s “designed to enhance the capabilities possessed by many veterans,” trainees “are exposed to the employment possibilities of the AV industry and receive preparation for the CTS certification exam.”

CompTIA’s Troops to Tech Careers program helps veterans get certified for careers in IT in an effort to fill thousands of open positions in that segment of the industry for which veterans were trained during their time overseas or defending our freedom on U.S. soil. 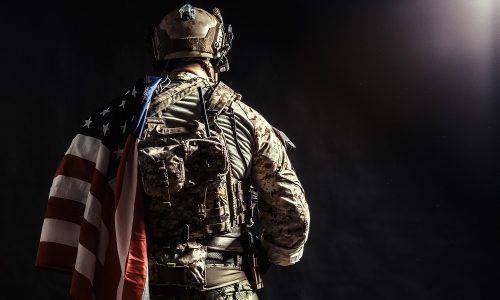 Related: Why Hiring Veterans Should be on the Forefront of Your Recruiting Goals

CI‘s 2016 Integrator of the Year, Diversified, urges military veterans to put their “years of unique and valuable experience to work” for the industry’s second-largest company through its Hire A Veteran program.

A few years ago, we told you the story of Joshua Ellis, who served in Iraq with the 101st Airborne Division as radio communication specialist, focused on telecommunications and roaming cell towers, during the initial invasion in 2003 before a medical discharge as a sergeant in 2006.

Ellis ran ATHIO [All To Him I Owe] Technologies from 2013 to 2015, with a goal of hiring only U.S. veterans returning from service in a case of helping those who helped him.

After closing ATHIO Technologies, he joined Power Design, Inc. two years ago and today works there as a senior systems project manager.

David Salley, a veteran of the U.S. Air Force, started DasNet in the fall of 1997 “after it became evident that AT&T was going to abandon its position as the premier U.S. provider of telecommunication services to the U.S. and Saudi Arabian governments, as well as the commercial sector within the Middle East,” he says.

His military training and his upbringing taught him the importance of loyalty to his customers, even in tumultuous circumstances. We highlighted Salley and DasNet in a CI cover profile last year and he continues to be a beacon in the integration world to this day.

We know there are many more military veterans in AV, IT and security industries today and we thank them all for their service to our country, both in times of peace and war.

We’d love to share more examples from our readers of these brave men and women finding jobs in security, IT and AV, and the programs available to help them find work when they’re done with their service.