Have you ever wondered why so many AV integration firms are reluctant or unwilling to transition to including more managed services revenue into their business plan? 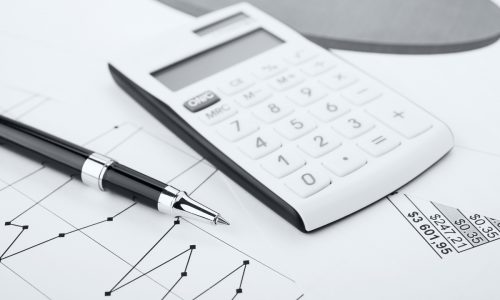 Related: 2 Business-Crushing AV Trends I Hope Aren’t in 2019 State of the Industry Report
It’s not like they don’t know it’s important. It’s the signature challenge for the AV integration market – one that’s pounded home at industry events, webinars and in countless articles.

Last year, the State of the Industry research compiled by CI and NSCA showed an industry with many positive trends – but one negative that hung over the results.

“If there was one disappointment” in the report, NSCA executive director Chuck Wilson said at the time, it’s the lack of reported service revenue.  The research reported that an inexcusable 20 percent of companies who responded earned absolutely nothing via managed services or service contracts. About another third earned between 1-5 percent of their revenue from service.

Stop right there. Consider that more than half of AV integration firms basically have no significant service revenue. Meanwhile, only 9 percent of respondents say that more than one-third of their revenue stems from service.

One reason, of course, is that it’s not easy for businesses to turn the ship around.

“It sure seems like people are aware of the need to transform into a managed services company but they still struggle with it,” said Wilson. “They are struggling with figuring out who is going to be responsible for the transition within their firm. How do you do it?”

The fact that something challenging needs to be overcome, though, isn’t the real reason why so many AV integration firms are reluctant to truly focus on the transition to managed services or as-a-service. Most integrators I talk to aren’t afraid of a challenge.

The Biggest Roadblock to Managed Services

During a session at NSCA’s Pivot to Profit in Atlanta this week, Chris Peterson of Vector Firm suggested the real reason why so many integration firms drag their feet on focusing on building a more service-based revenue model.

It’s not a good reason, but I believe he’s right.

“The reason many people in the AV industry don’t make the transition to managed services is because you’re not broken,” Peterson told the audience for a session titled, “How Managed Services Change Your Marketing and Client Communications.”

Many integration firms are experiencing growth. We mentioned the otherwise glowingly positive numbers from last year’s State of the Industry report:

That’s great. But it’s also not sustainable, Wilson said during Pivot to Profit.

Margins on continue to become thinner. Commoditization is taking its toll on products. Most integration firms still aren’t charging enough for their expert labor.

These, according to Wilson, are reasons why strategic, long-term-thinking integration firms need to be striving hard toward building up their service revenue.

How Much Managed Services Motivation Is Needed?

Another benefit that directly ties in, said Pivot to Profit panelist Rob Simopoulus of Defendify, is that managed services or as-a-service models create a platform for differentiation. That commoditization that Wilson cited carries with it the risk that customers perceive all integration firms as one in the same.

“In order to make a change when you’re not broken takes a special skill,” Peterson said. “Realize that it’s not just going to happen.”

“In the end, you might be selling the same products as your competitors but your managed services can provide you with better margin and be a differentiator,” Simopoulus said.

“When you build managed services and you have a unique offering on the back side the sales message is totally different: ‘We support you with these services and solutions that save you money and here is your ROI.’”

That should be motivation to commit to service revenue, but for most integration firms it’s not. When the results of our 2019 State of the Industry numbers are crunched, the hope and expectation here is that we’ll report on an industry that continues to trend positively.

The challenge for AV integrators, however, is not to let those positive numbers derail what should be a vital focus for their organizations.

“When you go back to your offices and things aren’t broken,” Peterson told the crowd at Pivot to Profit, “it takes a certain skill inside of you.”

If things are trending positively and you’re anticipating growth, that’s when that certain skill is so important, he added.

“That’s when you have to say to yourself, ‘I’m going to block out four hours every Monday and work on managed services.’ In order to make a change when you’re not broken takes a special skill. Realize that it’s not just going to happen.”