It’s clear that we like the term “AV integrator” to describe what the companies in our audience do. After all, we named our brand Commercial Integrator.

Increasingly, however, we hear opinions that the term “integrator” is vague, confusing and doesn’t effectively convey the solutions and services provided by the companies in the audio, video, automation, security, life safety and IT solutions integration markets.

If that’s the case, what is the right term?

Honestly, I’ve heard plenty of complaints about the terms “AV integrator” or “systems integrator” and “dealer,” but I haven’t heard suggestions for a replacement term that I believe can resonate with customers and within the industry. 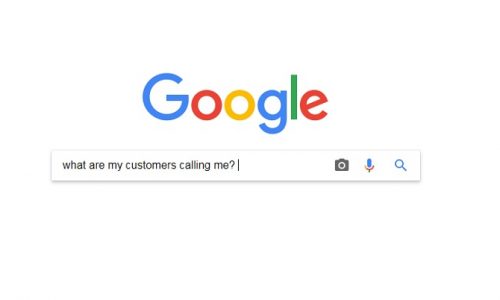 Related: The Way You Talk Is Costing Your Tech Integration Business

During Crestron Masters 2019, keynoter Danny Forster, an architect and host of Build It Bigger television series, emphasized on stage the high value that he puts on technology and custom audio, video and automation integration.

He was honest, however, during a panel discussion during which he sat with several Crestron Diamond Level programmers.

He wasn’t shy about explaining why he (and he speculates, other architects) are reluctant to bring in integrators earlier on projects. And he acknowledged that he’s not a fan of the term “AV integrator,” or “dealer” for that matter.

I sat down with Danny Forster after that panel discussion and asked him why those terms don’t work for him.

What’s wrong with being called a dealer?

“I don’t think ‘dealer’ has a particularly good reputation if you’re trying to make an argument that you’re not going to be so sales-forward,” he began. “If you’re a ‘dealer,’ what more are you than a broker at that point? Not to besmirch brokers, but you’re bringing technical expertise.”

What’s wrong with being called an integrator?

“I don’t know what an integrator does,” he said, adding that if he doesn’t know it’s likely others don’t.

Okay … So what’s the right term?

“I don’t know,” Forster said. “In simple terms with my clients, I try to remove any veneer of sales from the dialog. I think of it as low-voltage. Low voltage is the scope that my mechanical engineer and my electrical engineer get involved in. I know that’s the scope gap where you guys pop up. In that respect, I just call it low voltage.”

Danny Forster acknowledged that “low voltage” is a little broad and that it might convey audio, video, security and more, depending on perception. That might be a good thing and even a business opportunity, he said.

“Wouldn’t it be great if your business was even bigger than you thought it was? If you don’t do security, well then find a security company that does security.”

While I agree with that sentiment – it’s great when “integrators” reflect true integration by being a single point of contact for their customers and trade partners – I don’t think “low voltage” is the right term for Commercial Integrator’s audience.

I do like Forster’s honest interpretations of the terms “AV integrator” and “dealer,” but I don’t think we’re any closer to finding a replacement term.

What do you think is the right term?