Prince was such a powerful artist that even when other performers attempt his material it’s usually a hit. When Paisley Park, Prince’s production company named for his private estate, set out to create Prince: Live on the Big Screen four-day multimedia experience at Target Center, planning the tribute presentation was the easy part. 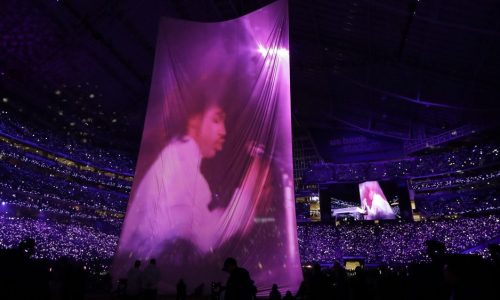 “On the anniversary of Prince’s death, the Paisley Park folks try to do something unique every year,” said Peter Skujins, owner and president of Slamhammer, of the April 20 event.

“They invited Charles Ford, who’s worked as a Lighting Designer for Prince, to design the show, and he worked closely with the video crew.

“We knew we needed to provide a versatile lighting rig that would allow Charles to achieve a wide range of looks and compliment the video footage, so we put together a lighting package featuring our favorite Martin fixtures. They tend to make designers smile, so why would we not use them every time?” 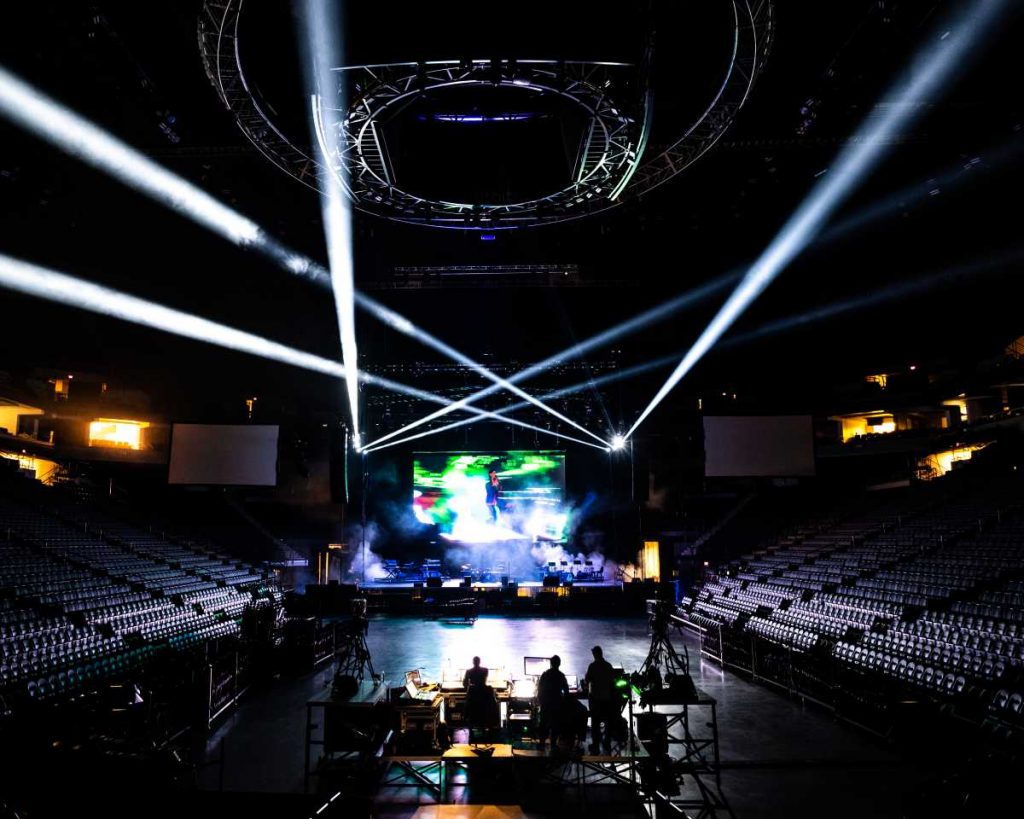 Inside Prince: Live on the Big Screen

According to Harman, the stage was set up at one end of the arena with the musicians arranged in front of the main screen.

Two sets of trusses equipped with MAC Viper Profile and MAC Quantum Wash fixtures were deployed at 30° angles around the musicians, which allowed for better side coverage.

The team mounted Martin MAC Axiom Hybrid Axiom Hybrids on two high trusses on either side of the stage for beam, spot and wash effects. Auras on a downstage truss provided an even front wash, and MAC Quantum Profiles on the floor kept the individual musicians in focus.

Ford’s lighting design utilized the full spectrum of the MAC fixtures’ smooth color mixing and variety of effects, saving the obligatory purple for the most climactic moments of the multimedia experience.

“The cues were on point for the whole show,” said Marty Lesmeister, lighting department manager at Slamhammer.

“There are a lot of times when you get in a tough spot and you definitely need a fixture to land right in this one place, and there’s all kinds of truss diagonals and things in your way.

“The MAC Quantum line is super flexible for being able to get a light right where you need it to be. One of the things about Martin’s line—it’s always been consistent. You always know what you’re getting, and that’s why it’s so rider-friendly for everybody.” 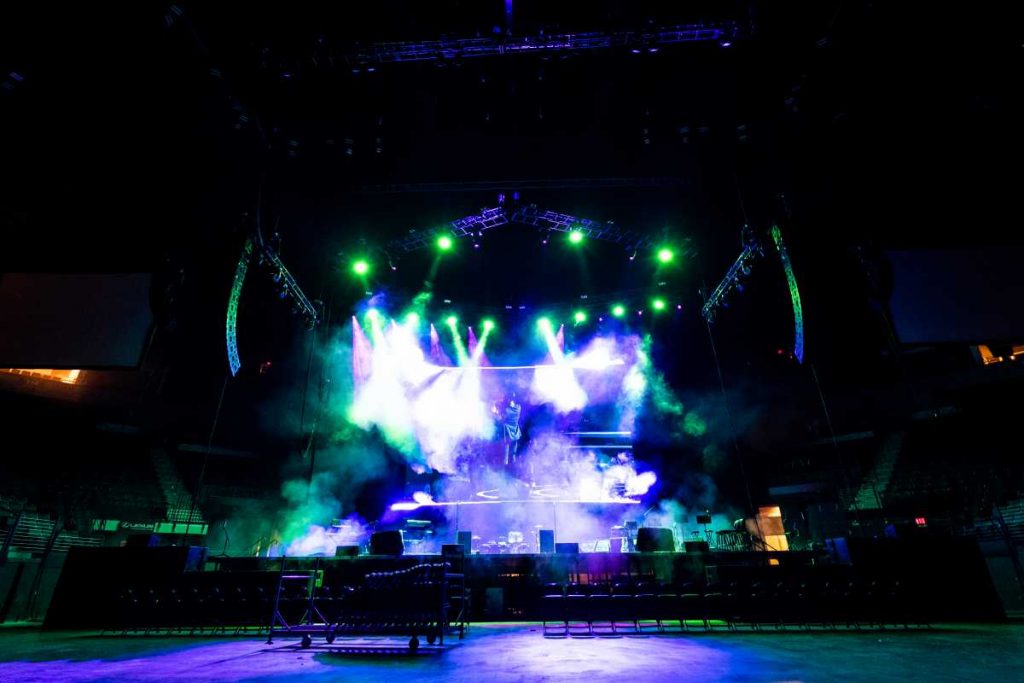 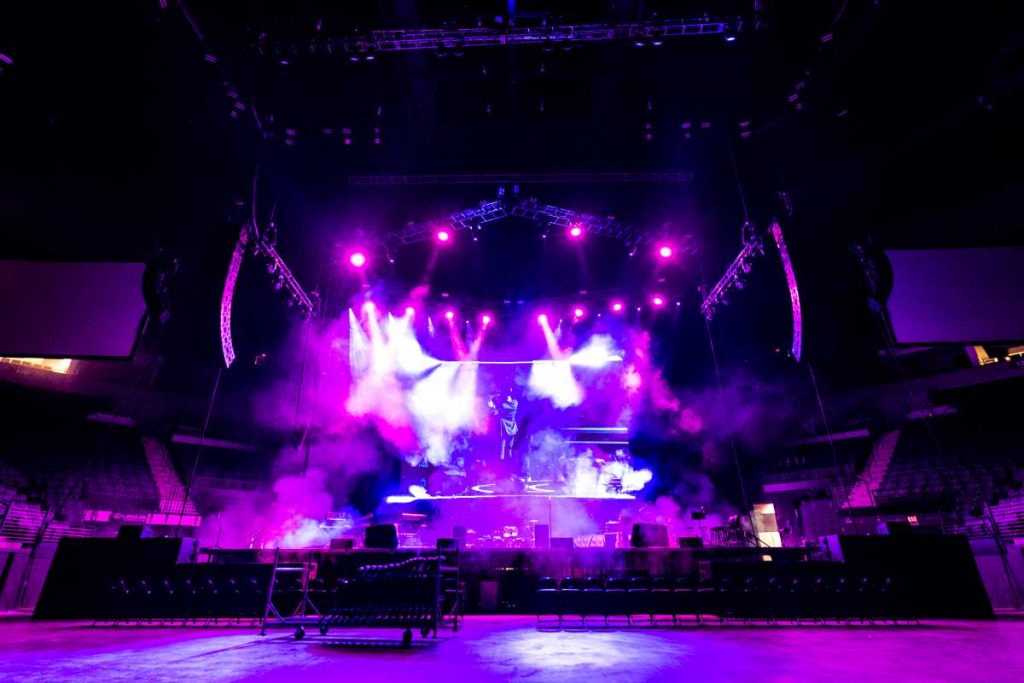 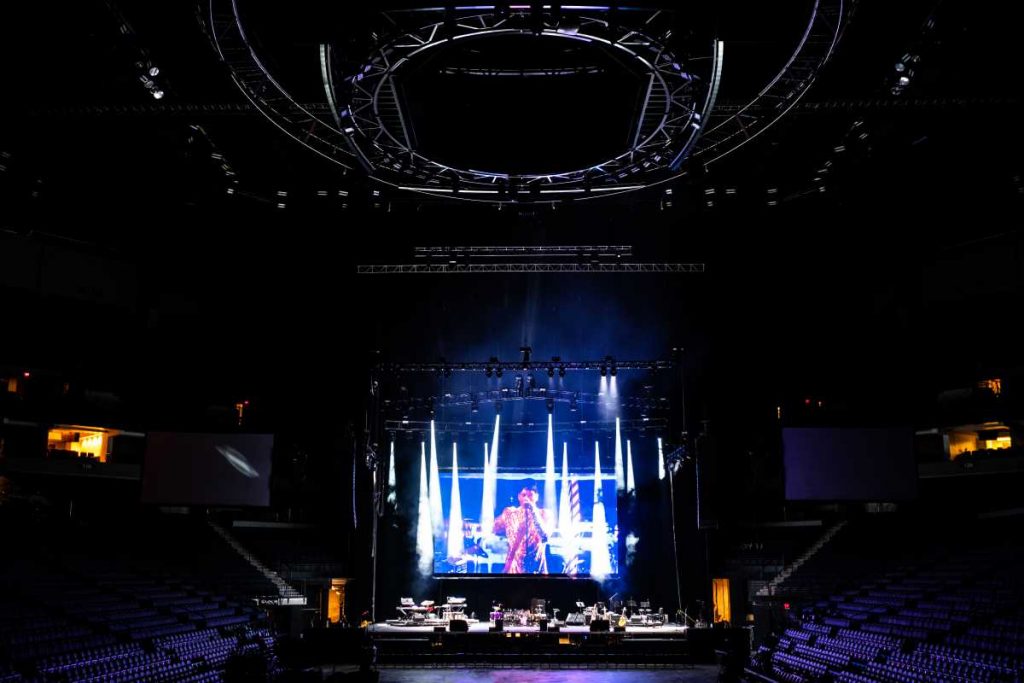