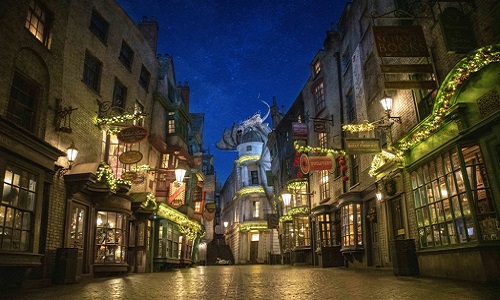 I got married and started my new job at Commercial Integrator in October. Since then, it’s been a whirlwind of getting up to speed at work, planning a honeymoon and trying to find time to see family and friends over the holidays.

I’ve always made it a point to dive headfirst into whatever community or industry I write about during my eight years in journalism, so I was worried that I hadn’t done the same in the audiovisual world, which I’m finding is both an industry and community.

My wife and I had our honeymoon last month, and it was then that I realized I’m in deep into this industry.

No matter how hard I tried, I could not get away from the AV world: the airport, numerous transportation terminals, theme parks and the Norwegian Cruise Line ship on which we spent a week were littered with AV.

Here I was thinking I’d actually get away from work.

However, I have not been able to avoid the AV world ever since I took this job. AV can truly be found in every corner of the developed world – even imaginary worlds.

The Mrs. – a gigantic Harry Potter fan – was adamant that we make a stop at Universal Studios’ Wizarding World of Harry Potter. I never made it through the first book (the movies are fine), so I wasn’t expecting much.

Thanks to you folks, I was dead wrong. Everything about it screamed AV, from the immersive simulated rides, sounds and sensors that let visitors cast spells with wands to induce a robotic response at various locations in the park.

I write a lot about AV integrators creating immersive experiences – and I’m still learning what that really means – but I can definitely say that the folks at Norwegian Cruise Lines, Universal and the integration firms that worked on the attracts there accomplished just that.

Thank you, #avtweeps, for helping me learn about this technology and how to appreciate it.