When you think of mission-critical AV integration you likely think of command and control centers, and not video displays connected to Netflix and Xbox, but think again. For the parents and siblings staying at Christopher’s Haven, a nonprofit that offers free housing for families with children undergoing cancer treatment at Boston hospitals, you’d better believe that a little escapism or distraction via streaming shows and movies or playing video games is mission-critical.

However, the AV setup at Christopher’s Haven made it way too difficult for guests to figure out how to connect, says Catie Botting, family services manager.

Christopher’s Haven also has a loft area where children can connect with peers who might be going through similar situations. “When you have cancer in your family, you feel isolated. You feel abnormal wherever you go – in the grocery story, the park, everywhere you get noticed as someone who’s different. Here, you are the same. It’s normalized. That’s really important for the kiddos.”

It was a problem, of course, that audio-visual challenges in the apartments and common areas made it harder to escape or gather for a movie or gaming tournament. 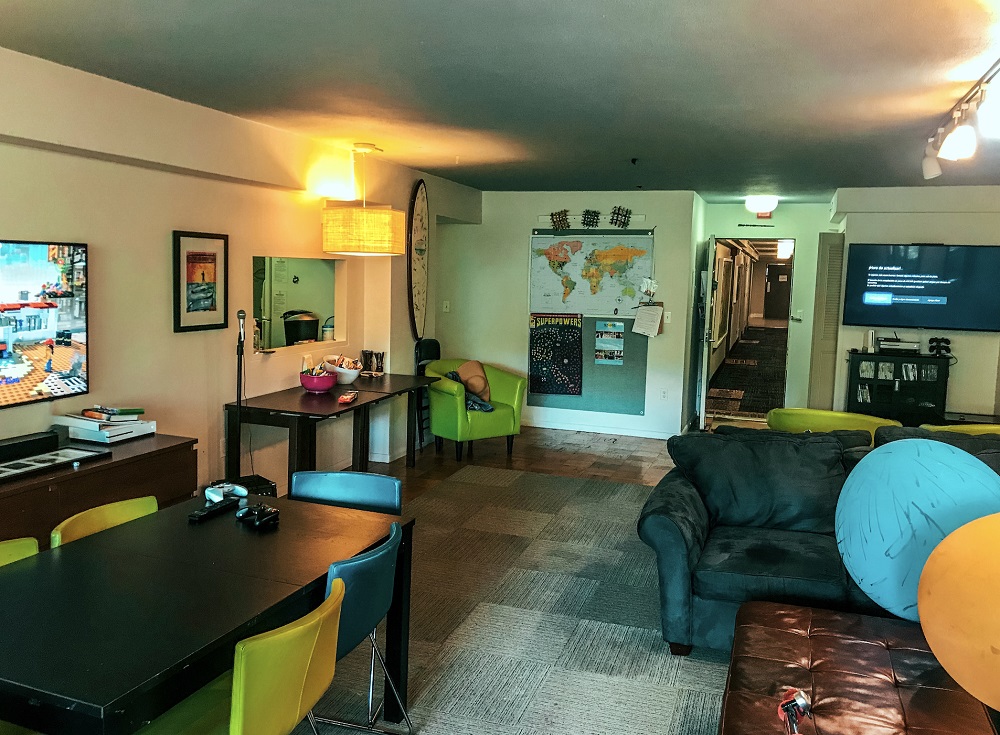 They met with kids who told them they “need 15 remotes to turn the TVs on” and “we don’t know how to turn the volume on.”

“We donated two brand-new Xbox Ones so that they have a little dueling game station,” says ITC’s Mike Cleary.

The small staff at Christopher’s Haven, Botting says, isn’t much help on the tech support side.

“They fell in love with what we’re doing,” Botting says, of Cleary and Neveux, “and they immediately started taking notes and talking about how they were going to transform what we do here when it comes to [AV]. They really are extraordinary gentlemen who understand how much they were going to directly impact these families.”

There were several obvious issues with the AV, Cleary says. “The network was a mess. People were just plugging everything into everything to try to make it better. There were different models of [donated] TVs and all the remotes were different.”

A decision was made quickly by ITC to step in and solve the issues, says Stephen Rothwell, president. “Once we were all exposed to the organization and what they were doing, everything else went out the back window. We all wanted to get involved and do everything we could.”

Remote Technologies Inc. generously supplied ITC with remote controls to add some consistency to the AV experience. “We reached out to RTI to help us with the control products,” Rothwell says.

“They donated a little better than half of everything. Everything else, we just donated ourselves. We had the labor and sent four guys in for two days. They knocked it out and got it done.” 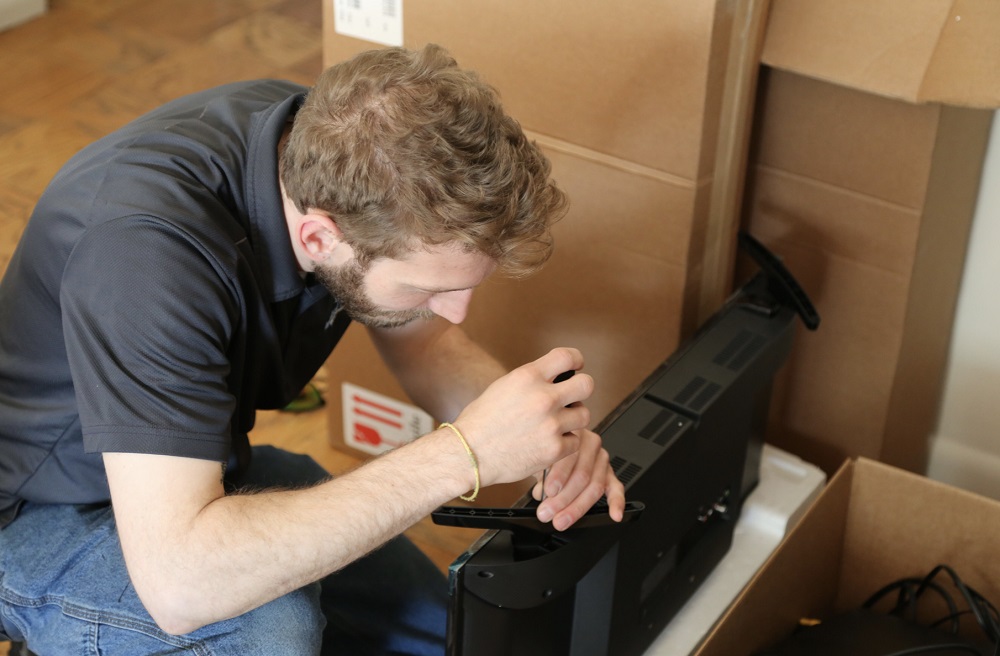 ITC also cleaned up the network and made sure it was running properly, Cleary says. “We gave them a little how-to sheet for people staying there. For the loft we donated two brand-new Xbox Ones so that they have a little dueling game station that they could play along with the soundbar.”

Most importantly, ITC left Christopher’s Haven guests with an easy-to-use AV set up.

“It almost brought me to tears to know they were going to transform simple things like TV and video games, which are very important to everyday live,” says Catie Botting, Christopher’s Haven.

“What Inspired Technology has done for us is they’ve created a way to take our 10 apartments and make them efficient,” Botting says.

Since Christopher’s Haven is focused on providing families not just with housing but with healthy distractions, these steps are mission-critical. 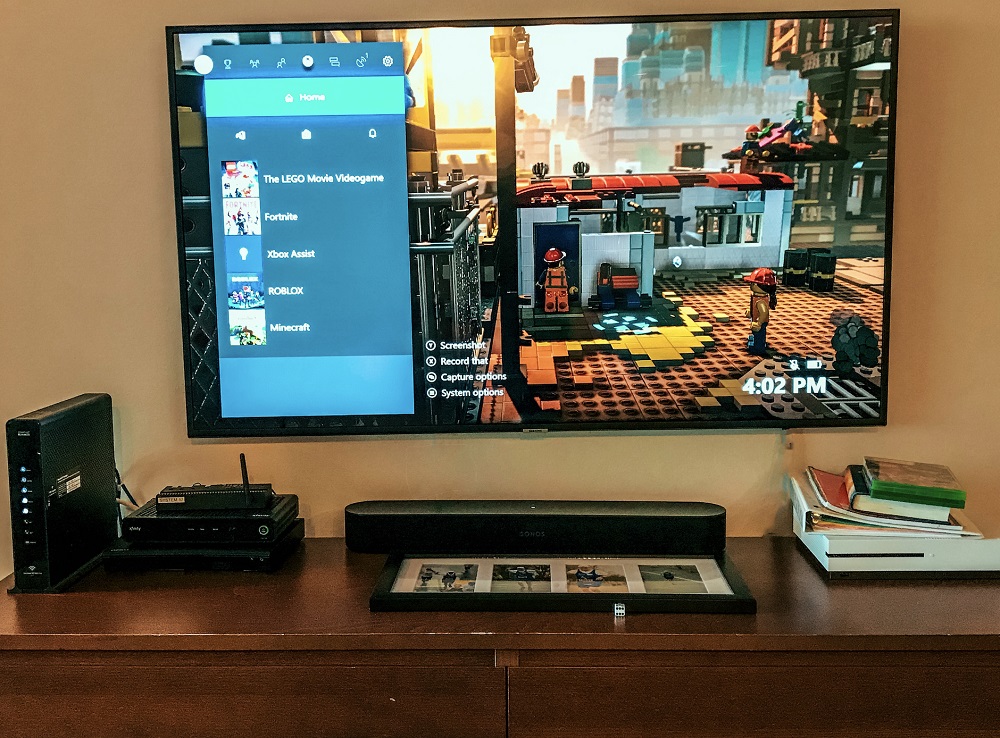 “Families wanted to come in and pick up on that Netflix show they were watching at home,” Botting says. “That’s part of life. That’s what we do now. We watch shows together.”

As for ITC’s donation of products, in conjunction with partner RTI, and labor services, that was a no-brainer, Rothwell says. “It is a great cause. They were struggling with what they had. These people were stuck in there for months at a time. It was just the right thing to do.”

Botting knows that and in the nonprofit field many decisions do come down to money. “When they said they were going to do it for free …” she says, before pausing.

“I personally understood the struggle from staying here as a guest myself with my son, never mind working here with all these families. It almost brought me to tears to know they were going to transform simple things like TV and video games, which are very important to everyday live.”