Orlando City Soccer Club didn’t skimp on the sound when it came to its newly-constructed Orlando City Soccer Club space. As integration firm Clair Solutions points out, the roofs are purposefully built to amplify crowd noise. The same goes for an impressive JBL sound system – part of an audio, video and networking solution developed by Clair Solutions and its partners on the project.

“Populous was the architectural firm for the stadium, and WJHW consultant, Gary White, designed the sound reinforcement, broadcast cabling, and video production systems.

“Over the course of the roughly six-month installation process at Orlando City Soccer Club, Clair Solutions installed all of the audio for the building – including the bowl, the VIP lounge, bathrooms, locker rooms, and press area, as well as the broadcast cabling and the video replay system.

“Typical for a project of this size, timelines for project milestones were tight.  Working with Jose Sandoval, project manager for Barton Mallow, we were able to stay on schedule and deliver the finished product on time.” 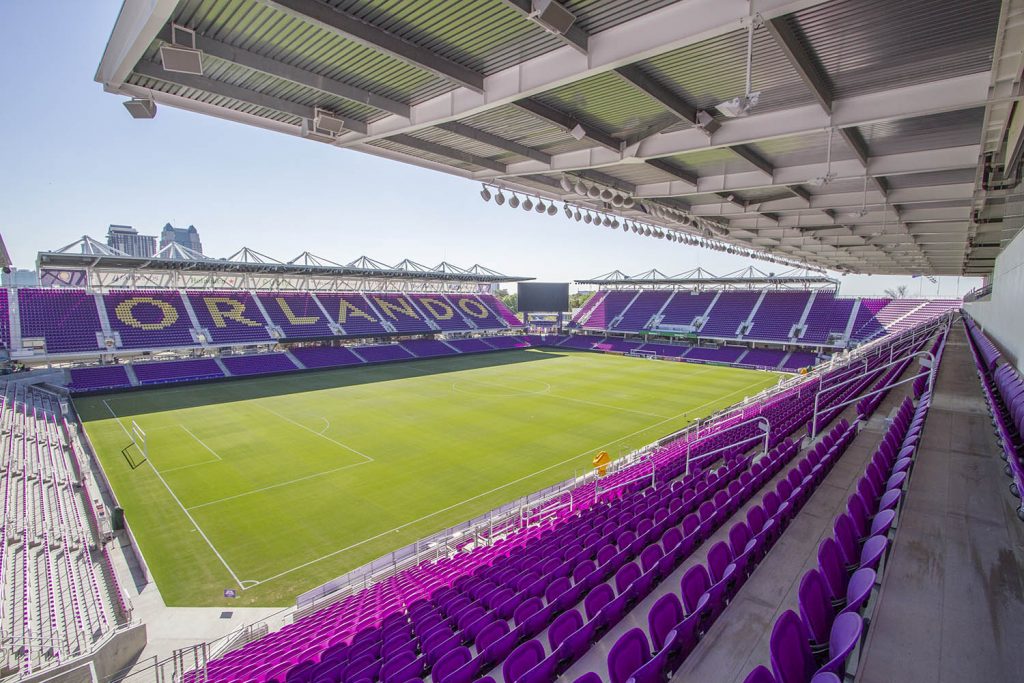 The Clair Solutions team set up, programmed, and tested the entire JBL sound system under more controlled conditions at their facility in Manheim, Pa.

A Soundcraft Expression 2 console located in the announcer’s booth serves as the main interface for the system, and a Soundcraft Si Expression 1 provides mixing capabilities in the video production booth.

Extron switches and controllers link systems, and to save space within the venue, an externally-positioned, stainless steel enclosure houses audio tie lines, Triax camera connections, fiber optic, data, and video ties between the dock and all camera positions around the Orlando City Stadium. 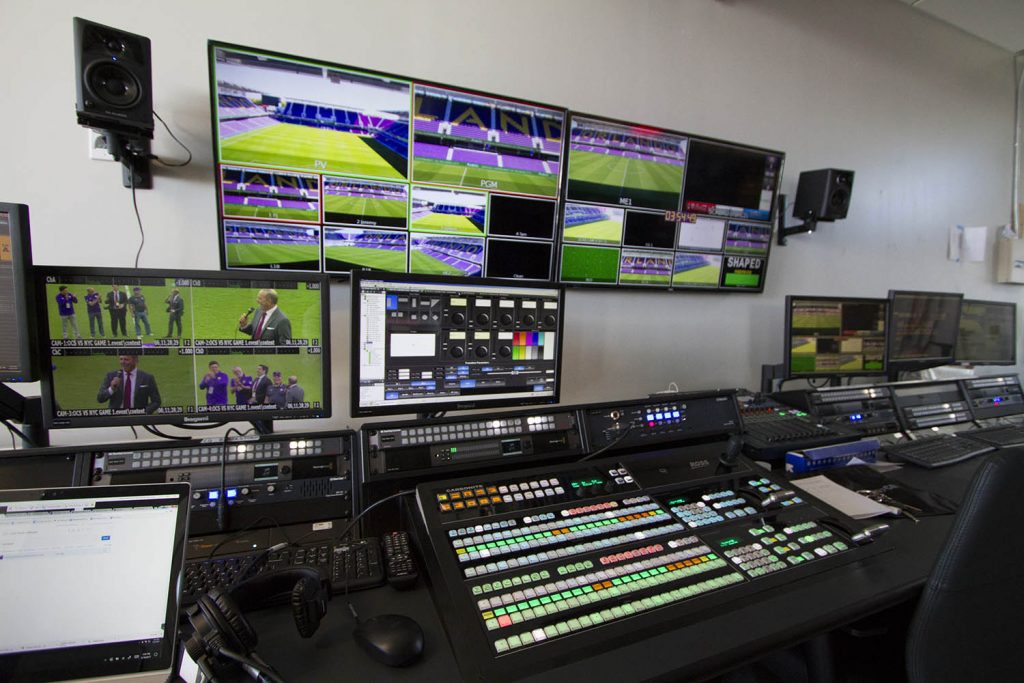 Two Sennheiser wireless systems convey performances of the national anthem and other a cappella performances with solid musicality, and four wired AKG microphones join them to accommodate larger vocal groups.

One Sennheiser lavalier microphone used with a Klover parabolic collector pick up specific on-field sounds and voices for use in broadcasts. 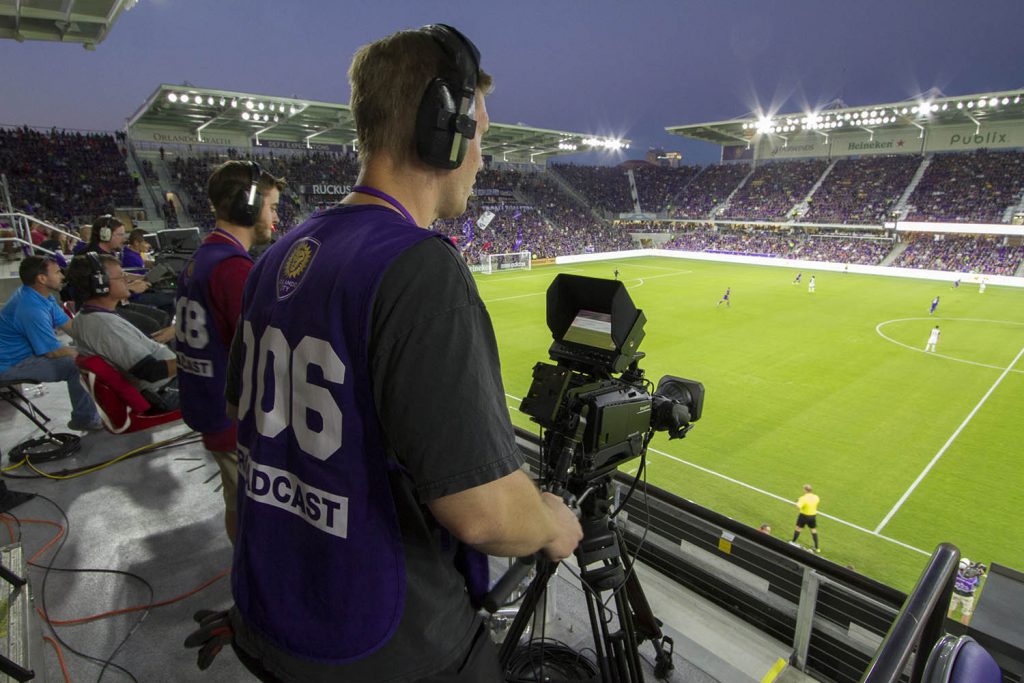 Ikegami HDC300 in use at the mid-field line.

Inside the Video Solution

“Every source, destination, and connection always get exactly the same label in all the documentation,” says Clair Solutions’ Seth Morth.

“It’s a real sandbox – users can configure it any which way, but the trade-off for all that power is the risk of making it too difficult to use.

“We fell back on industry best practices, including predictable signal flows and abundant, consistent documentation. Every source, destination, and connection always get exactly the same label in all the documentation.”